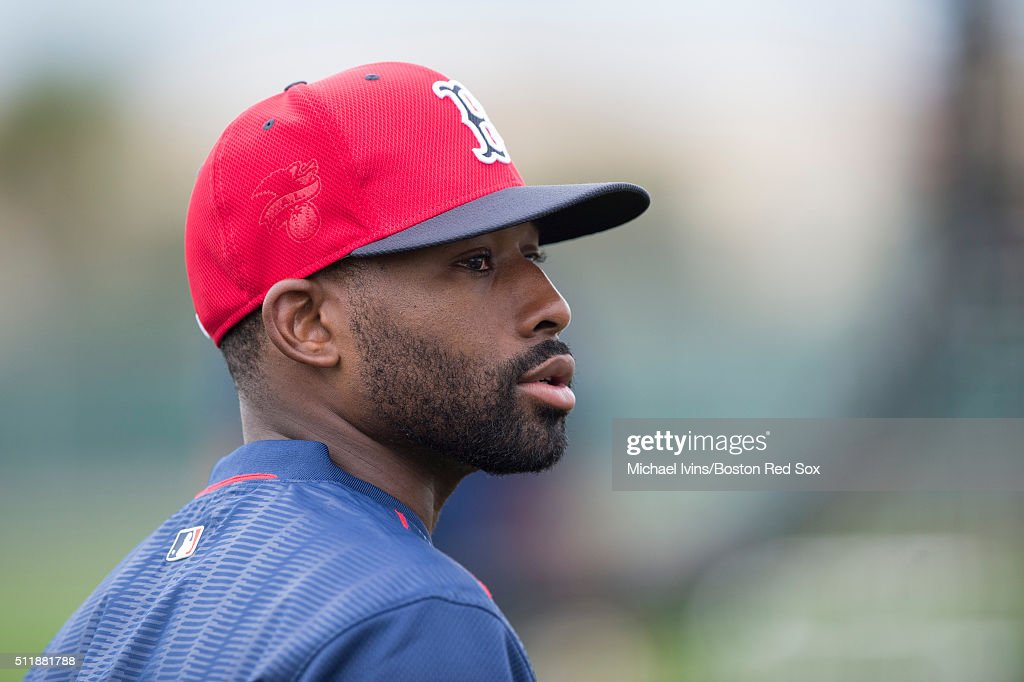 When he’s hot, Jackie Bradley Jr. is one of the most exciting players to watch in baseball. Thanks to his considerable athleticism, Bradley is capable of making ridiculous catches, throws, and decisions on the fly.  In the batter’s box, he has the ability to put balls over the wall, and to slap doubles.  Sounds great, right?  The problem is that we’ve only seen brief flashes of this complete version of the Red Sox centerfielder.  The majority of his playing time has been rooted  in strikeouts and disappointment at the plate, putting a damper on his magic in the field.  This has created a very difficult situation for the Red Sox, as he can be a game changer when he’s on, but nearly irrelevant when he’s off.  His true identity as a player is up for debate; but this season will be huge for Bradley.  He will either prove himself to be a valuable asset, or show that his inconsistent play is his downfall.

Bradley was ranked 40th among all Virginia MLB prospects in 2008, though he instead enrolled into the University of South Carolina, where he flourished under the teachings of famed coach Ray Tanner.  He hit an impressive .349 as a freshman, and as a sophomore he hit .368 and won the  College World Series Most Outstanding Player Award.  The Gamecocks were an ideal fit for Bradley, thanks to Tanner’s reputation for emphasizing defense.  The Red Sox, tantalized by his college performance, selected JBJ with the 40th pick in the first round of the 2011 supplemental draft.  Although he didn’t play a full season in 2011, he was named the Red Sox Minor League Defensive Player Of The Year in 2012.

Bradley reached the majors in 2013, where he only played in brief stints to fill in for Shane Victorino, who was seemingly placed on the DL every other day with some new affliction.  The next year, Bradley was benched in favor of Grady Sizemore (yes, THAT Grady Sizemore), but still managed to see some time after Sizemore flamed out and Victorino’s injury issues continued.  In 2015, Bradley was finally given the chance to play consistently.  In 23 games in August, Bradley hit .354 with 28 hits, nine doubles, and five home runs.  That month would indicate an All-Star caliber-player, but his four other months yielded drastically different results.  In those months (142 at-bats) he hit a dismal .131, with a 31% strikeout rate.  There were at-bats where he once again seemed genuinely lost at the plate, and it was almost depressing to watch him incorrectly guess and subsequently whiff at the coming pitch.   With these discrepancies, it was impossible to put a definitive label on him going forward.

Many fans, myself included, are excited to see what Bradley can do this year.  He should have a supportive outfield  with Mookie Betts and Rusney Castillo (who has had his own consistency issues) slated to start around him in left and right field.  Although Bradley is both an exceptional athlete and defensive weapon, it will be a relief to have two high-upside players around him should anything go wrong.  Additionally, new signing Chris Young will provide a potential platoon option against lefties, or whenever JBJ needs a break.  As far as hit hitting goes, we can only hope that whatever work he’s put in this offseason will pay off.  If he is able to cut his strikeout percentage down from last year (27.1%), and continue to improve his on base percentage (.335 in 2015), he could be an exceptional threat.

Bradley surely understands this, and has apparently been pushing himself to extreme limits this past offseason.  When questioned about his drive to play well, and even win a gold glove, Bradley responded:

“That’s my goal. First year, I just wanted to play well. I didn’t think about that. Then seeing that I was nominated, it lit my fire. So I want one.”

Quotes like this should fire up Red Sox Nation, and already we’ve had numerous examples of both freshly acquired players and seasoned veterans gearing up for a serious year, with championship intentions.  If Bradley can put all of the pieces together, he is not only a Gold Glove candidate, but a potential All-Star.  However, I haven’t seen this big of an “if he can…” example in a long time.  There is no doubt that he is aware of the extreme criticism and doubt surrounding his name, but I have faith that he’s used it as extreme motivation to put in the hours to get better.  Should he reach his lofty potential, he could leave an indelible mark not only on this season, but the next several seasons.

One thought on “Will the Real JBJ Please Stand Up?”